It is hard to put into words a person’s life. But I try to do so. I perceive myself as a fluid, unhurried, unclassified blogger. Why blog? I like to test the water of the thinking river. Thoughts. Words. Pictures. Just as they appear. Like this brightly painted building next to the Amtrak rail on one fine mountain climbing day. I just happened to look out of the window of the train and saw it. Yellow is not my usual color. But it was a striking moment that appealed to me at an appointed time in space. I captured it. When I look through my pictures at random to find something for this blog, it comes out and so I use it to represent a view.

I would describe myself as a mere keeper of some words which do matter to me a lot. I do not want to forget. I preserve good words. Preserving words is like preserving life. (I wrote this introduction two years ago)

Added on December 17, 2016.
In some ways, I am waiting with Anticipation.
Yes, an anticipation for a future. Come to think of it, our future can be a past soon, just as many futures of yesteryear. Here is an updated photo for this week’s challenge. May my readers find hope and strength in the small things in lives, just as these little endangered birds do. 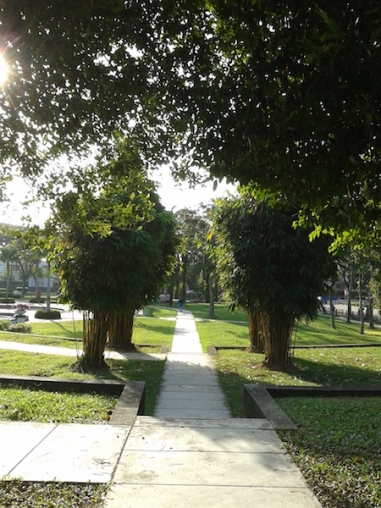 This picture was taken in a tropical garden where there is ample sunshine and rainfall. It is a private park open to the public in a residential estate. The developers have maintained the park well and given the residents and nearby visitors a place where they daily recreate, exercise, and meet for community and social connection. It is quite a refreshing change from the Western scenario. The people are less mobile-phone-bound. A morning means bright sunshine and green trees. There are joggers and even families with small pre-school children. The seniors practice their daily folk dances or other forms of cultural exercises. There are cafes all around the park. There are private schools nearby too. The park is right in the centre of activities and living. I was told by someone that this little park has won an official landscaping prize and the property value rises consistently.  The efforts of consistent up-keeping maintenance by the developers are being recognized and rewarded. A large park nearby has gone to ruins and become a den of thieves and drug addicts because of the negligence of maintenance by the developers after some years. The value of their properties drop drastically. The contrast between the two parks is so obvious. So are the fortunes of the two developers.

I am reminded this morning of this little verse which describes a prosperous and successful king* in the ancient times:

“And every work that he began in the service of the house of God, in the law and in the commandment, to seek his God, he did it with all his heart. So he prospered.” 2 Chronicles 31:21

Have a good day!

~~~~~~~~~~~~~~~~~~
*For those who are interested to know a bit about history, here are some notes from Wikipedia on King Hezekiah:
Hezekiah purified and repaired the Temple, purged its idols, and reformed the priesthood.[7] In an effort to abolish what he considered idolatry from his kingdom, he destroyed the high places (or bamot) and “bronze serpent” (or “Nehushtan”), recorded as being made by Moses, which became objects of idolatrous worship. In place of this, he centralized the worship of God at the Jerusalem Temple. Hezekiah also resumed the Passover pilgrimage and the tradition of inviting the scattered tribes of Israel to take part in a Passover festival. He sent messengers to Ephraim and Manasseh inviting them to Jerusalem for the celebration of the Passover. The messengers, however, were not only not listened to, but were even laughed at; only a few men of Asher, Manasseh, and Zebulun came to Jerusalem. Nevertheless, the Passover was celebrated with great solemnity and such rejoicing as had not been in Jerusalem since the days of Solomon.[5] Hezekiah is portrayed by the Hebrew Bible as a great and good king. Knowing that Jerusalem would eventually be subject to siege, Hezekiah had been preparing for war for some time by fortifying the walls of Jerusalem, building towers, and constructing a tunnel to bring fresh water to the city from a spring outside its walls.[7] He made at least two major preparations that would help Jerusalem to resist conquest: the construction of the Siloam Tunnel, and construction of the Broad Wall.
It is interesting that King Hezekiah built two great constructions: the famous Jerusalem underground water tunnel and the famous Jerusalem Broad Wall. Points for pondering today. Key words: Wall and Tunnel.

I was taken to this tiny museum in a little town a few days before I left. Two old ladies took care of the place. Old memories like family photos, wedding and children’s clothes, a master bedroom, dolls, cooking utensils, a music room and other person stuff were well preserved among other more important historical records about the founder of the town. This photograph was a bit blurred as I was in a hurry to leave. When I look at it now I realize a museum like this preserves more than just the memories of a man and his lives and perhaps his official impact on others during his time. It is more than just a book of memoir or biography pieced together by others (including perhaps his loved ones) on a man. It is a place where strangers like me from another continent  may stumble in once in a blue moon like entering a time portal to another world. The periodic presentation of a time in history is valuable as it makes a statement with things rather than with words. The things may not look pretty or impressive in our modern world but the communication of a statement is timeless, like an ever speaking witness of a time which existed on earth in a little town, a tiny narrow space. I perceive the familiarity of the space. I have been here before, with the same message communicated to me through the many tiny narrow spaces I have stepped on during my travel round the world. The contents of the message are often unchanged. The variation of things and names do not make any difference. The message is a message of time itself. Time speaks, regardless of spaces. Yes, narrowness is a matter of perspective. 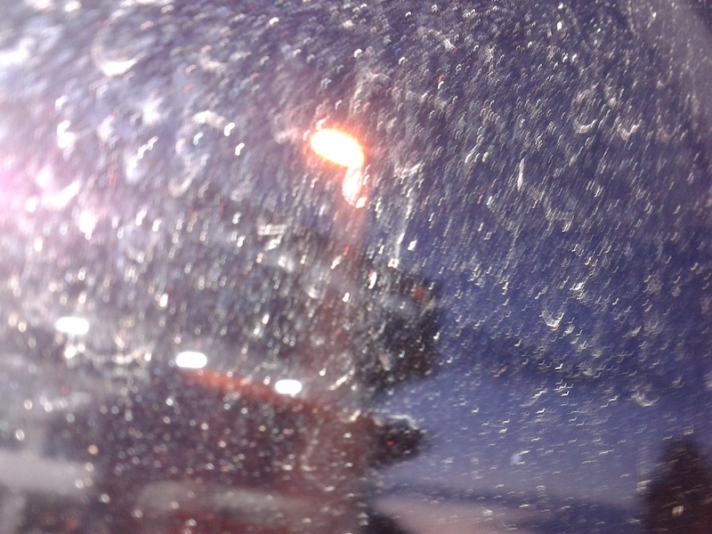 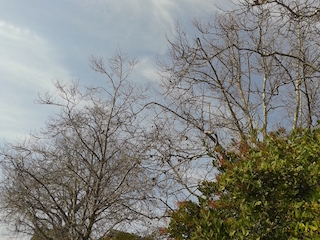 Writing without an aim is like taking this winter picture of bare branches at random while strolling by. Is it essential to have an aim? I believe so. HERE ARE SOME DEFINITIONS of AIM:
Objective, object, goal, end, target, design, desire, desired result, intention, intent, plan, purpose, object of the exercise; ambition, aspiration, wish, dream, hope, raison d’être.

I ask myself, “Why do I write this little note daily? What is my aim?” My answer is, “I need the practice.” Blogging is an effective way to practice writing and keeping your brain working a bit. Reading and writing are still the more tested way of keeping a person’s brain cells exercising a bit and not falling into stupor for too long to the point of eventual incapacity. A point of no return. The more reluctance one feels the more one should try to write and read. One way of learning to write is to copy. Take your favorite book and start copying chapters. Make it a daily habit. Another way is to write a letter to a loved one. You may not get to post the letter but it does keep you going and building a habit. I just read of someone who actually hand writes to many people. Over the years many have received and even collected his handwritten letter and notes. Some frame them up. (You know who the person is as he is in the news right now.) I have not posted a physical letter for years. Even my email has been replaced by short social text or multimedia messages. But I find that the short messages do not take brainwork to compose. It is more like clicking at random and giving automatic pre-programmed short replies.

When I interview some persons I find that they have nothing to say. They are not even capable to think. They have nothing to say about themselves or others. Their minds do not store words. I note that they spend the bulk of the interview time messaging or reading messages on their mobile handheld phone including iPads, iPhones and other smart phones. I find it sad to look at them or think about their lives. Can a man or woman happily leave out a big part of what God has perfectly created and designed for them to have and enjoy? I often wonder. Please do not get me wrong. I am not judging the rightness or wrongness of a lifestyle. I am just lamenting the loss of quality of life that God has given so richly to each of us as human.

Writers ad poets like to dream that one day the whole earth will be filled with readers of books. I am one of such dreamers.