All-Time Favorites
An autumn day in California -just passing by as a traveler does.

When I see this week’s photo challenge, I think of Chubby Checker and his famous “Let’s twist again” which I randomly came across on YouTube last week. I also found a picture of an okra (ladies’ fingers) plant I took in 2014 in a remote Cambodian village resort. Somehow the two have come to my notice. Amazing match. So, here they are—please like.

“Let’s Twist Again” is a song written by Kal Mann and Dave Appell, and released as a single by Chubby Checker. One of the biggest hit singles of 1961, it reached No.8 on the U.S. Billboard pop chart (No.3 on Cash Box) in August of that year and subsequently reached No.2 in the U.K. in February 1962. The song refers to the Twist dance craze and Checker’s 1960 single “The Twist”, a two-time U.S. No.1 single (in September 1960 and again in January 1962 on re-release). Chubby Checker (birth name Ernest Evans; October 3, 1941) is an American rock n roll singer and dancer. He started performing at eight and introduced his version of “The Twist” at 16. By 22, he was a millionaire. He is widely known for popularising many dance styles including the twist dance style. He also popularized the “Limbo Rock” and its trademark limbo dance, as well as various dance styles such as The Fly.

A Place in the World

After sending-off a friend, I waited at a fast food place at the entrance to the airport. When daybreak came I walked to my car and saw this picture from a distance. As I drive into the increasing light of the day, I think about how difficult it has been for the people in this land to change the system of half a century old. I have been told that this is the first time they manage to change against all odds, like peeling off the decayed leaking wine skin and replacing it with a new one, so that they can pour strong new wine into it. I have grown to like this place and have decided to stay a while longer. 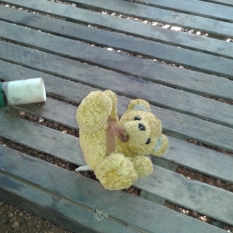 I have not seen such irony before. This poor woman in the outback of a third world developing country in her late twenties who was given unwanted teddy bears in lieu of food continues to maintain her smile and gratitude. She seems to have cognitive challenges and has not gone to school. She lives alone in an old run-down house inherited from her parents who have passed away.

How did the teddies get there? We asked. A volunteer teacher who could communicate with her explained that some charity bodies came to the village and donated used toys among other stuff. That was how the left-behind teddy bears found their way into her home. 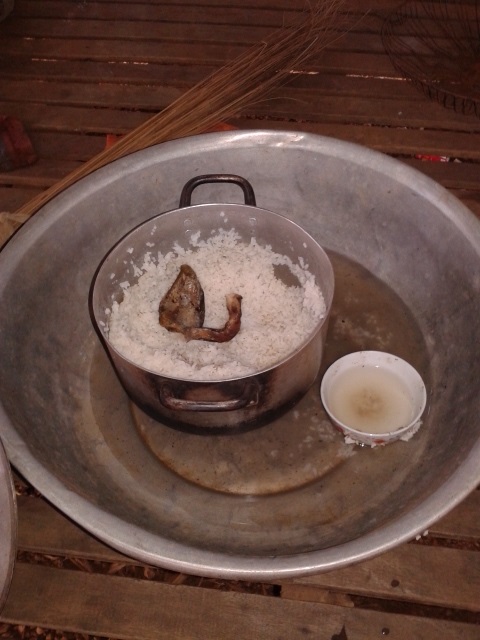 During our visit she just had her dinner, plain boiled rice with a small bowl of salt water. She proudly showed us the remaining half of the rice and something on the rice. She said it was half of a fish which she had saved for her next day’s meal. She happily declared that the fish was a gift from a kind neighbor.

Her smile remained bright and sunny as she waved goodbye.

Is this not an unlikely positive sunny story?